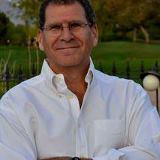 I had heard some wonderful Successful Suntrim+ weight management stories from the lucky ones that had purchased the first batch of Suntrim+ at the Sunrider International 2012 Convention.  Friends of mine started losing weight in the first four days of the convention!  They said that they were eating a third less of what the used to eat, and this is at the convention, where we dine with the best tasting food ever!

Of course the next day at the 2012 Convention,  I ran back to the Sunrider product sales booth to make my Suntrim+ orders and sadly they were all sold out of Suntrim+ !!! 🙁  People bought 10, 15 even 50 bottles of the Suntrim+ and the company sold them all out.

I had to wait for seven long months before the company officially launched the product.  By then, I had heard wonderful success stories of friends that were using the Suntrim+ and had amazing health stories!

Some Sunrider’s had lost anywhere from 10 to 35 pounds without even changing their daily schedule to even work out!  One guy who works at his desk all day long had said he lost over 40 pounds without even working out.  This was just wonderful for me to hear, because I really have a what you might call a  “passion” for food and I work out daily and still have troubles loosing that “unwanted last” 20 -30 pounds….

As soon as the Suntrim+ came out, I ordered four bottles of it!  I wanted to make sure that I would have enough for a month to give it a good “try”.  As soon as word got out that I made an order,I got phone calls with orders for three of the bottles! Everyone wanted them, so I pre-sold them!

That evening I ate three Suntrim+ capsules 45 minutes before we drove to friends house for dinner.  When we arrived, appetizers were served.  It all looked Soooo good, and usually I would get “stuck” into them and really enjoy them all, but this time with the “help” of the Suntrim+ I did not even taste them, i was just not hungry.

Dinner was served buffet style.  As I was filling up my plate, I heard a little voice in my head saying “why am I taking food” I am really not that hungry!  But of course out of habit,  I filled up my plate (and I am not shy, I can really fill up my plate:-) ).  BUT AND I MEAN A BIG BUT (no pun intended), I did not go back for seconds, and I ALWAYS GO BACK FOR SECONDS.  I just was not hungry like I usually am.  Deserts came out and I just nibbled on one of them.  I could not believe that here I am at a wonderful healthy beautiful delicious dinner and I did not “gorge” my self like I usually do!  The SunTrim + helped me take and eat HALF OF WHAT I USUALLY EAT, I was just amazed!!

In the next two weeks I lost eight pounds with the help of the SunTrim+ and felt great!!!!